So my first planned race of the year was the Trail Rococorba; a Klassmark race in the heart of Catalonia starting and finishing in the small town of Canet d’Adri, a couple of hours drive from home. We decided to make a weekend of it and go down in the van the night before. I love being in the campervan and having adventures like this so it was a perfect start to the weekend to be driving down. It’s also very nice to be on race location for the morning of the race, it makes for a much more relaxing preparation.

If you have never done a Klassmark race, I can highly recommend them, I have done a few of their trail races, but they also organise mountain bike races. They are not ridiculously expensive and are well organised, with a good race base, plenty of parking, toilets and often showers. If like us, you like to travel down the night before in a campervan there’s usually provision to do this. All the staff/supporters are really enthusiastic and the food afterwards is usually good and I’ve always managed to get some vegan options.

Trail Rococorba was no exception; the base was at a local sports hall, which was kept lovely and warm - definitely a plus with the onset of a cold wind and some rain overnight before the race. There was fruit and bread/nuts as a post race snack as well as some high quality hot coffee (definitely a plus in my book!) There were also some freebies…and who doesn’t love a good freebie?

There were three races that day, a marathon, a trail race (30km) and an express (20km). I had chosen the express as my first race of the year. 20km of trail with 900m of climb over Roc de Rococorba seemed like a good way to get a taste for the region and start practising my racing skills again.

I could see from the profile that the climb was going to be tough; 900m of climb in 7.5km with a gentle start and then a steep ascent over 2km would mean some walking or scrambling. The descent, on the other hand looked gradual over the remaining 12.5km of the course. It looked like I was going to need to pace this carefully so that I had enough endurance to do the descent justice.

I had agreed to do this race with my friends Carole and Edith, but unfortunately they both work in such a way that could only set off on the day of the race. We met up and began warming up together jogging round what we thought was the finish and going up the start of the course. I usually make a practice of warming up at least on the finish run in if I can as this helps psychologically in a race knowing where the end is. Also, it’s not always obvious and I’ve been caught out before and failed to sprint until it was too late as I turn the corner to find myself less than 50m from the finish. The start was a long road which made me thankful for the last three weeks of working on faster flatter reps and leg speed - somewhat enforced due to working away, but this was going to be a bonus for today’s race.

The climb was pretty much as I expected it, much of it on forest tracks, which I love and provided a little extra shelter from the icy wind that was blowing. In the open areas, the views were, of course, spectacular. I tussled with a couple of other women on the climb before finding a good rhythm that I could stick to with a mixture of walking and running up the steeper sections. This was fun! A false summit and mini-descent gave way to a much more gradual climb to the highest point in the race: La Rococorba!

The descent down was a beauty, quite technical in parts, so much so that at one point I stopped dead as I couldn’t decide whether to jump into the ravine or keep high on the rocks and risk a tricky climb down. This is where knowing a course pays dividends as having descended this once, I would now automatically go for the faster higher line knowing there was an easy step down descent back to the main path. However, it lost me no places and in fact I maintained my 10th position right up until the flat later section of the course where, lacking endurance, I was taken. Note to self…need to work on some flat endurance speed.

I must say I was glad to see the finish line in this event; this was a tough race, and that flat section at the end was particularly challenging for me; I tend to run either up or down.

Having the van meant that I could get warm straight away before heading a few meters out to the sports hall for some post race snacks and to meet up with Carole and Edith. They had both had a great race, running together and motivating each other.

An advantage of doing an express event is that you usually get to see the winners of the longer races coming in and this was no exception; the winners of the marathon were not far behind us having set off a little before. It was great to see all the runners come in and to enjoy the general buzz of the race.

We stayed for a little while then headed back to try and beat the snow back home, which we just managed by about 12 hours! I’m looking forward to my next Klassmark event!

Check out our video

JHCoaching has been helping athletes at all ability levels for many years. During that time we have learned a lot about what works and what doesn’t, as well as helping many athletes achieve things they never thought possible.

Our aim is to support people as they work towards their goals. We do this by providing support at many levels so that you can choose what works for you. You can work with us one to one as a one off consultation or join one of our coaching packages. If you want to learn things for yourself you can read our blog posts, check into social media, have a look at our YouTube channel, or send us a message with your question. 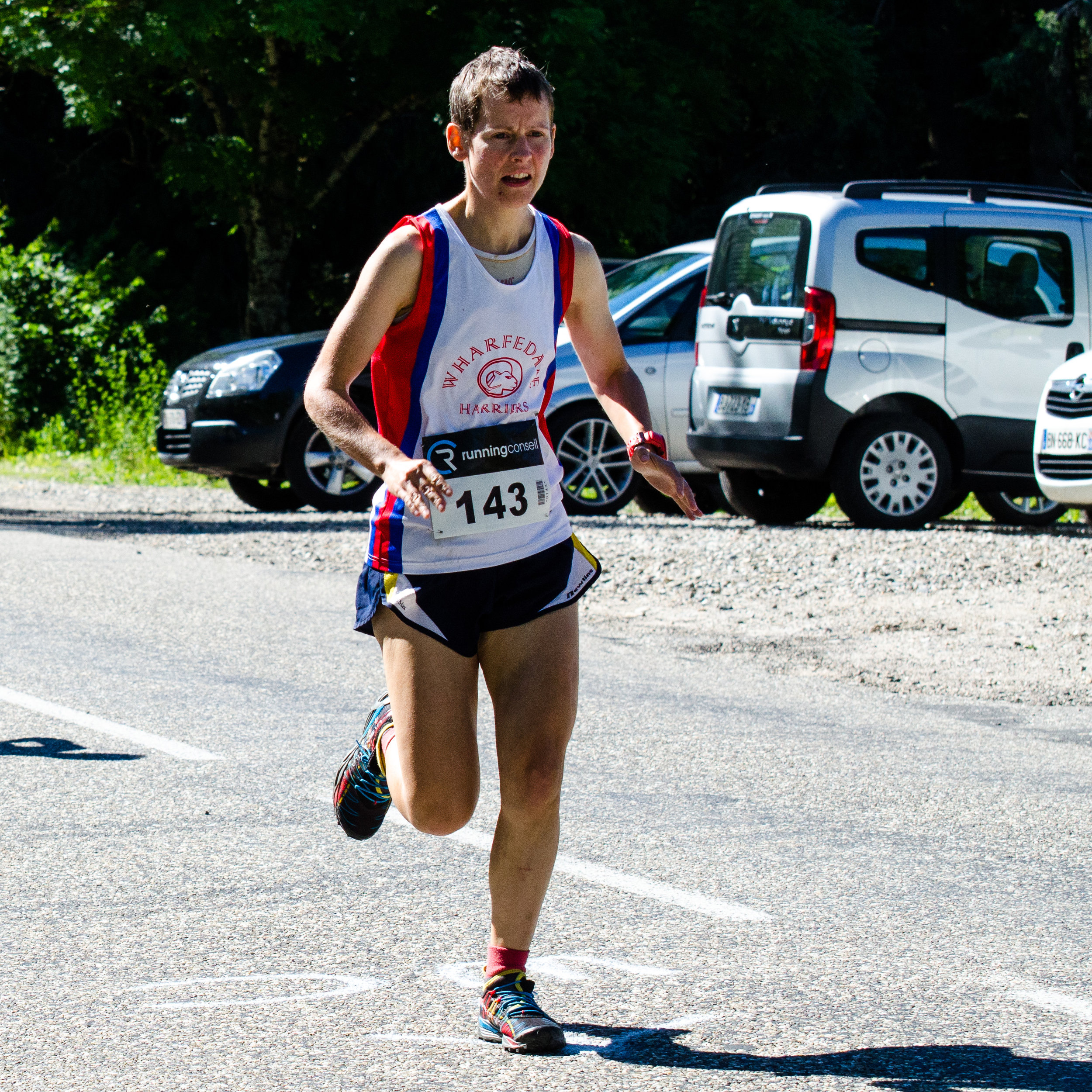 Your Bronze coaching package is the perfect way to build your fitness and work towards your goals. We will help you plan and support you every step of the way. 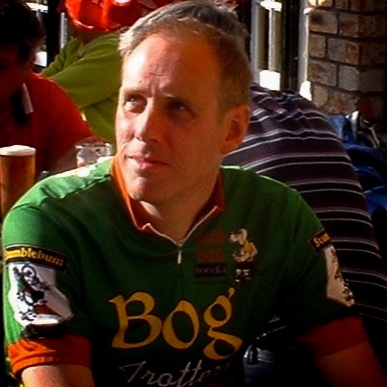 The coach consultation includes a one hour discussion with the coach of your choice on the phone or video call. This also includes one month of TrainingPeaks Premium Athlete Edition and a completed coaching consultation summary after your call. 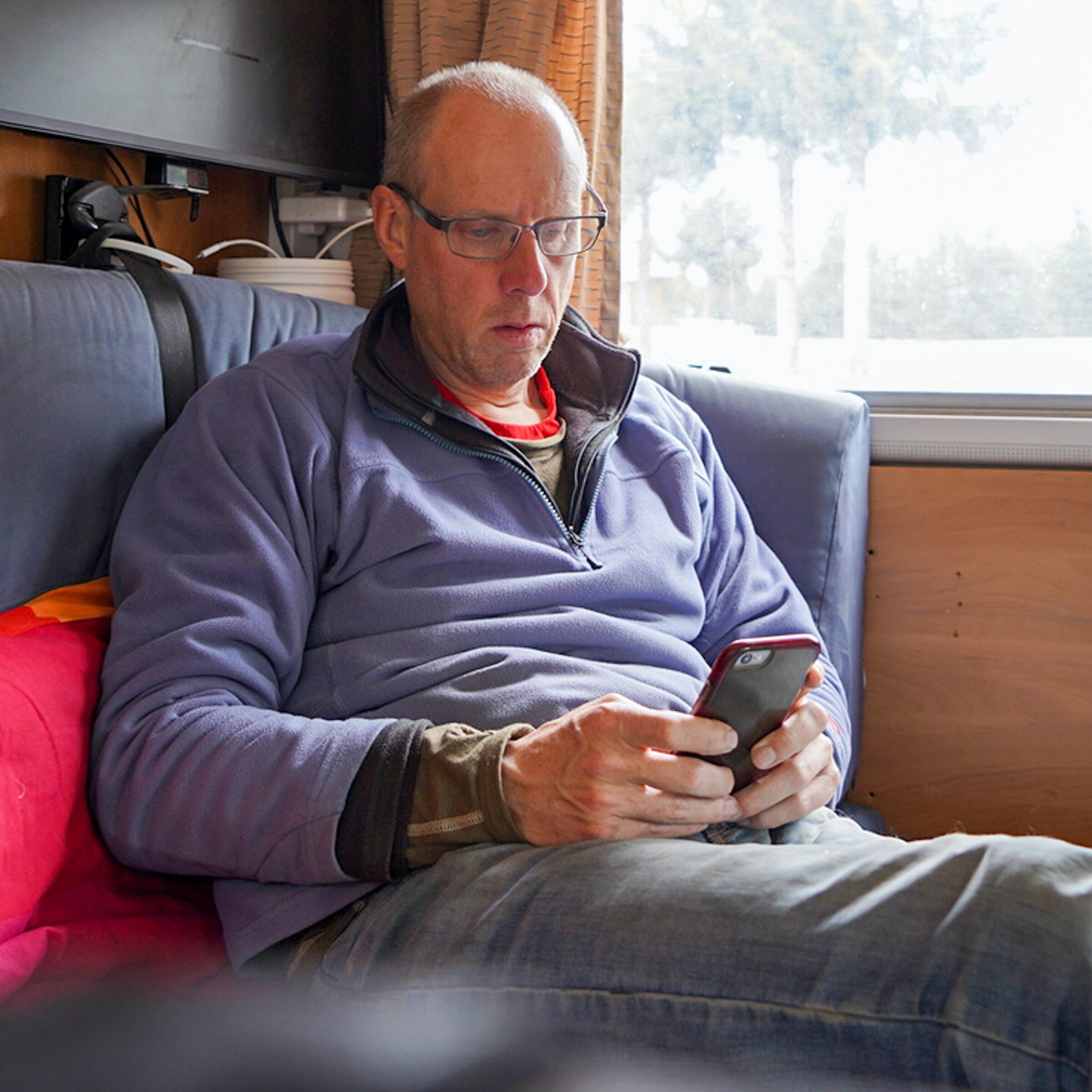 Rest and recovery is an essential part of getting fitter and faster for any sport. There are many ways to incorporate recovery into your training and in this article, I share some of the ways I have found to be most effective during my years of experience as a cycling coach.

So, how do you use rest and recovery weeks in your cycling training? 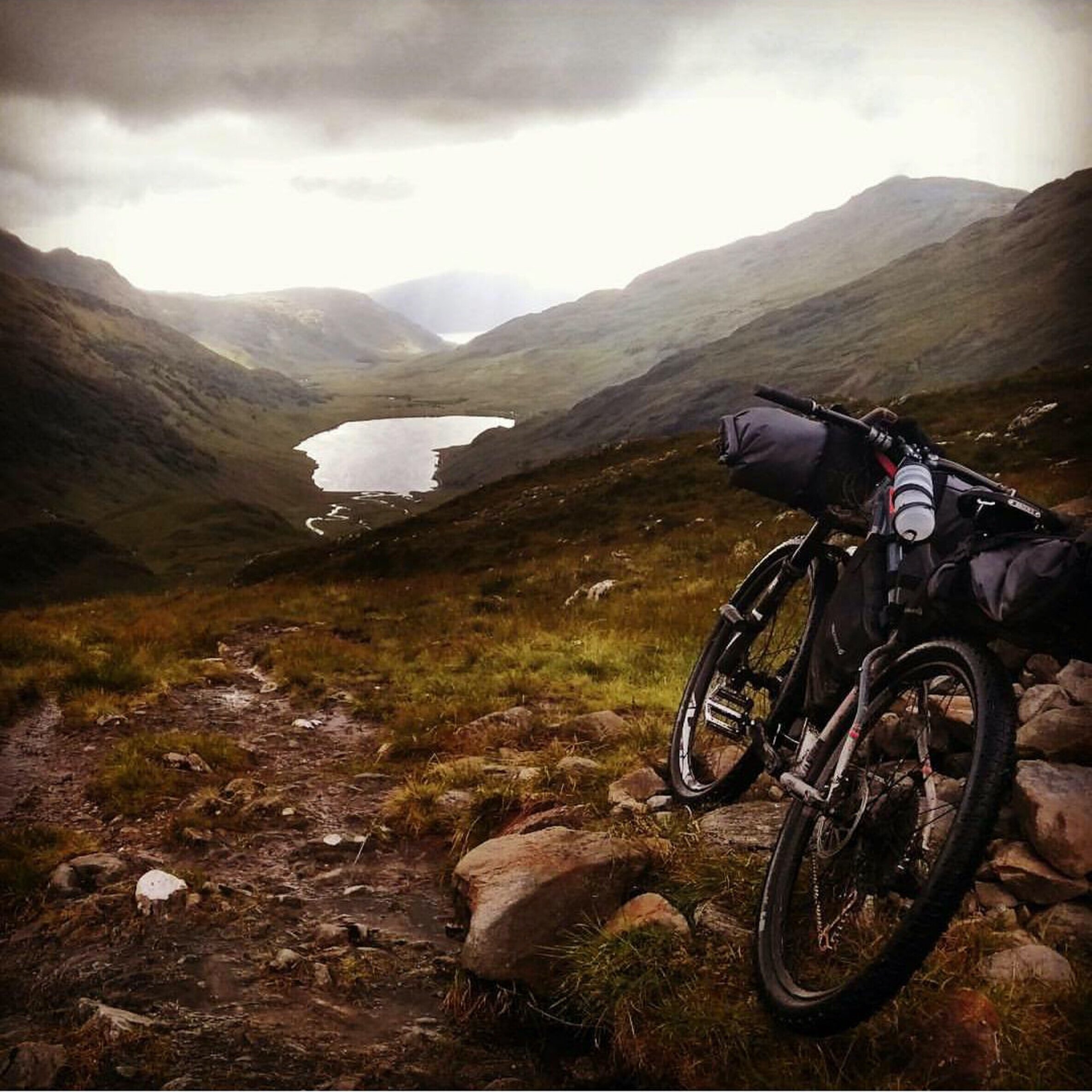 So, how do you use interval training for off-road ultra-endurance bike packing races? 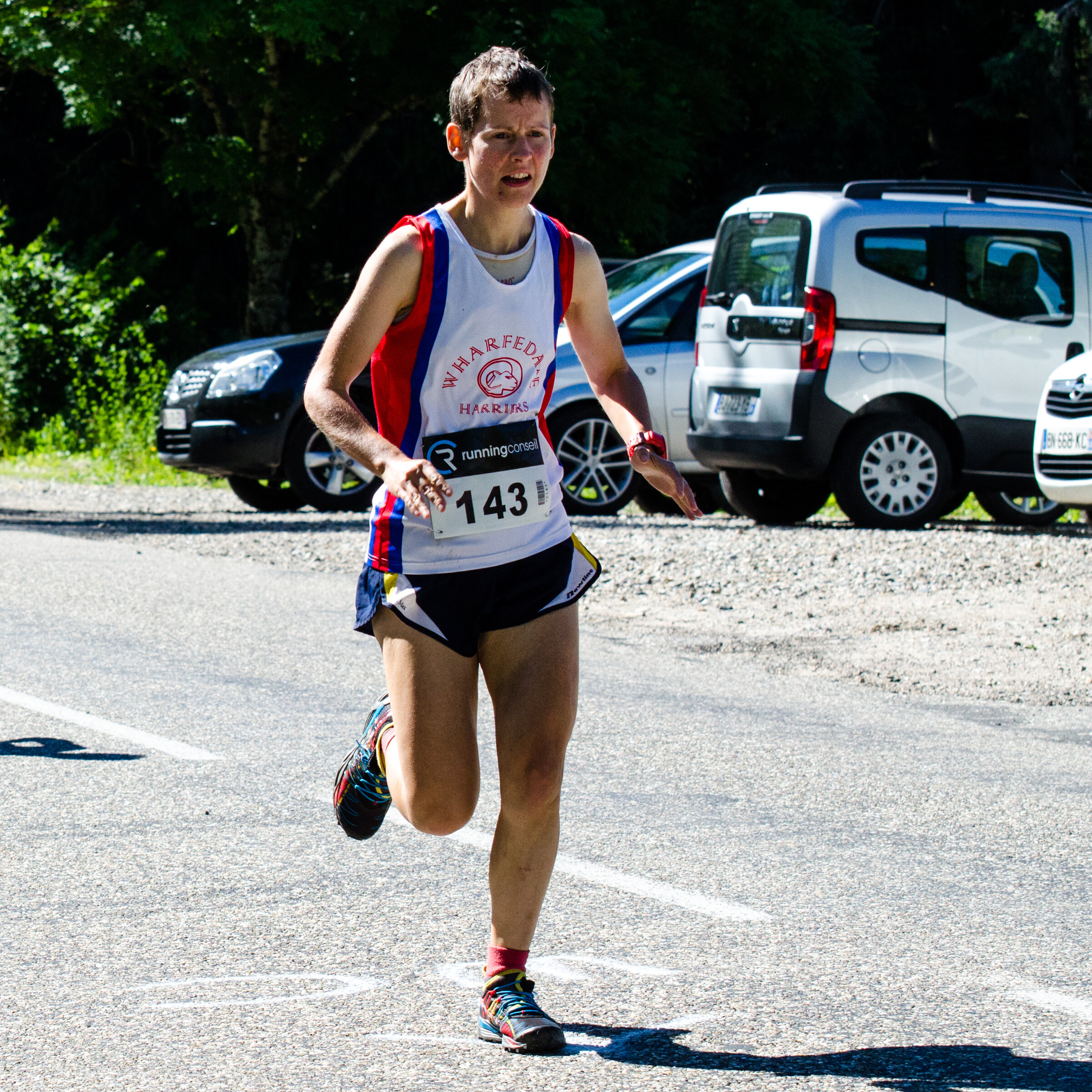 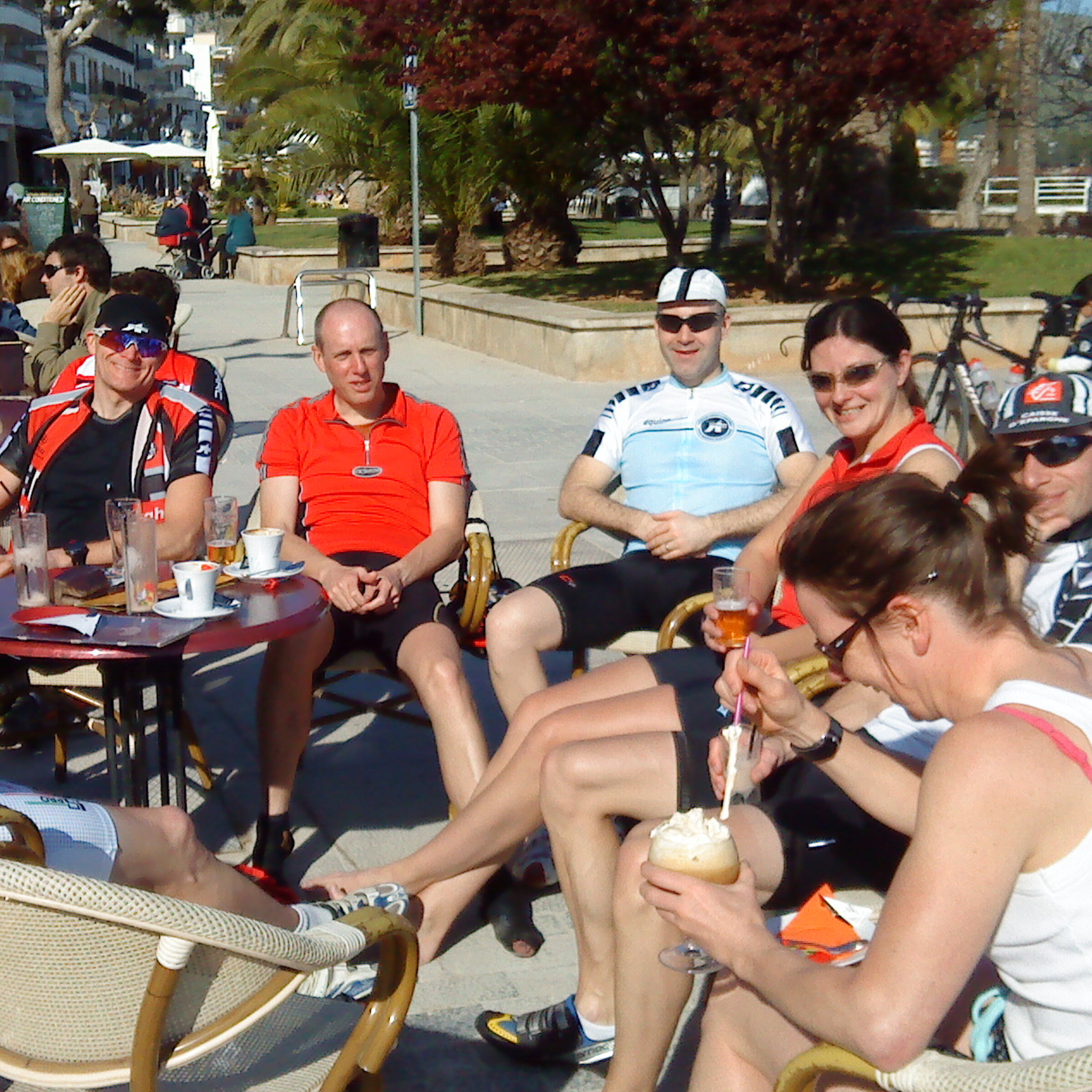 It is common for people to get tired at this time of year when the better weather comes around. This can be for a number of reasons and I thought it would be useful to write an article describing why you might feel overtired and explain what you can do to get back on track. So, should you change your training plan if you are tired? 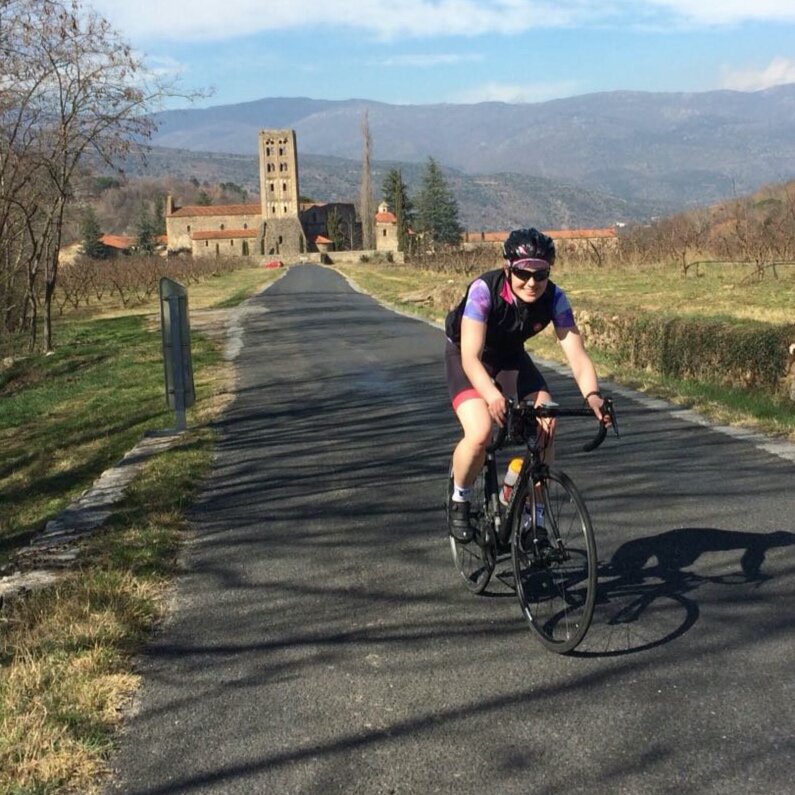 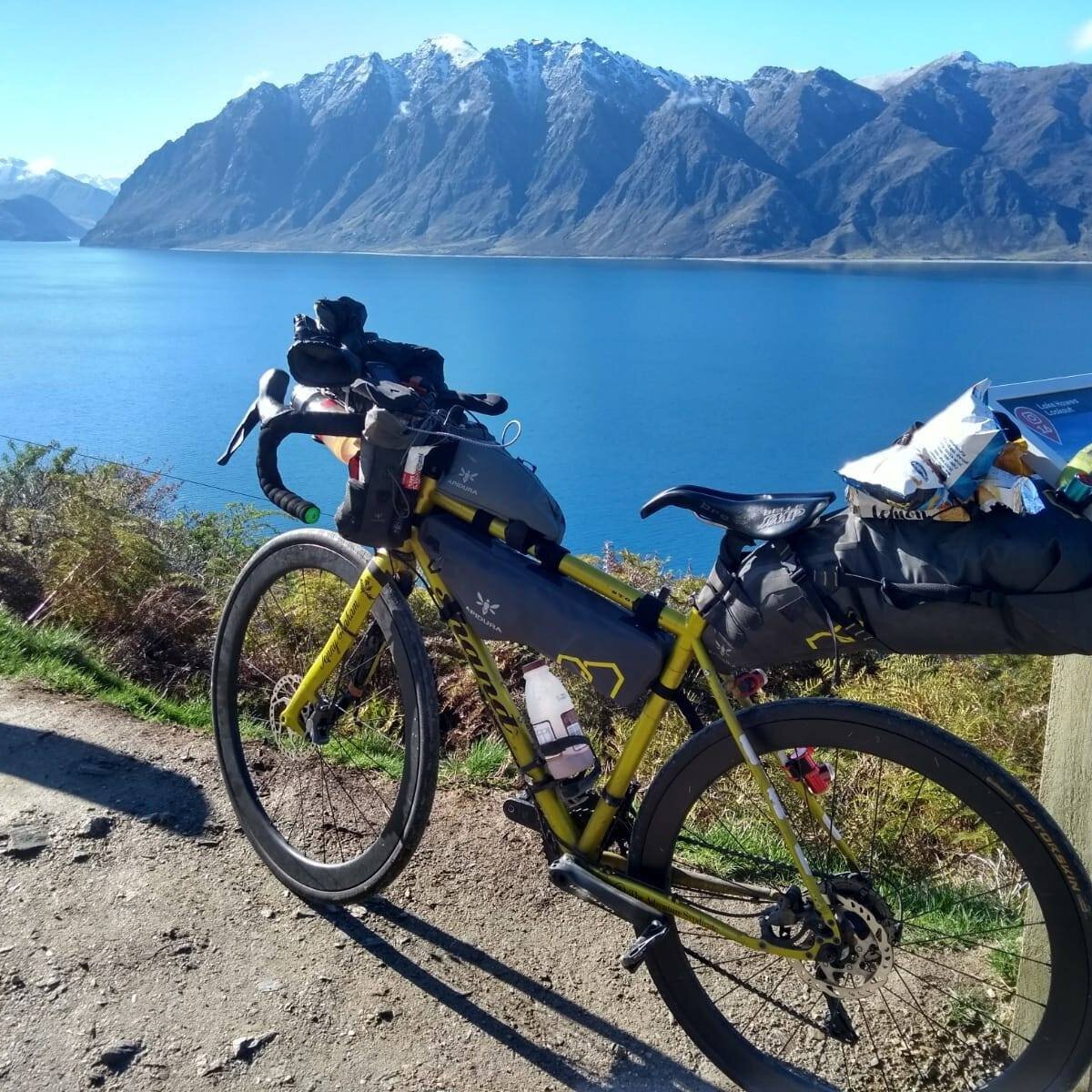 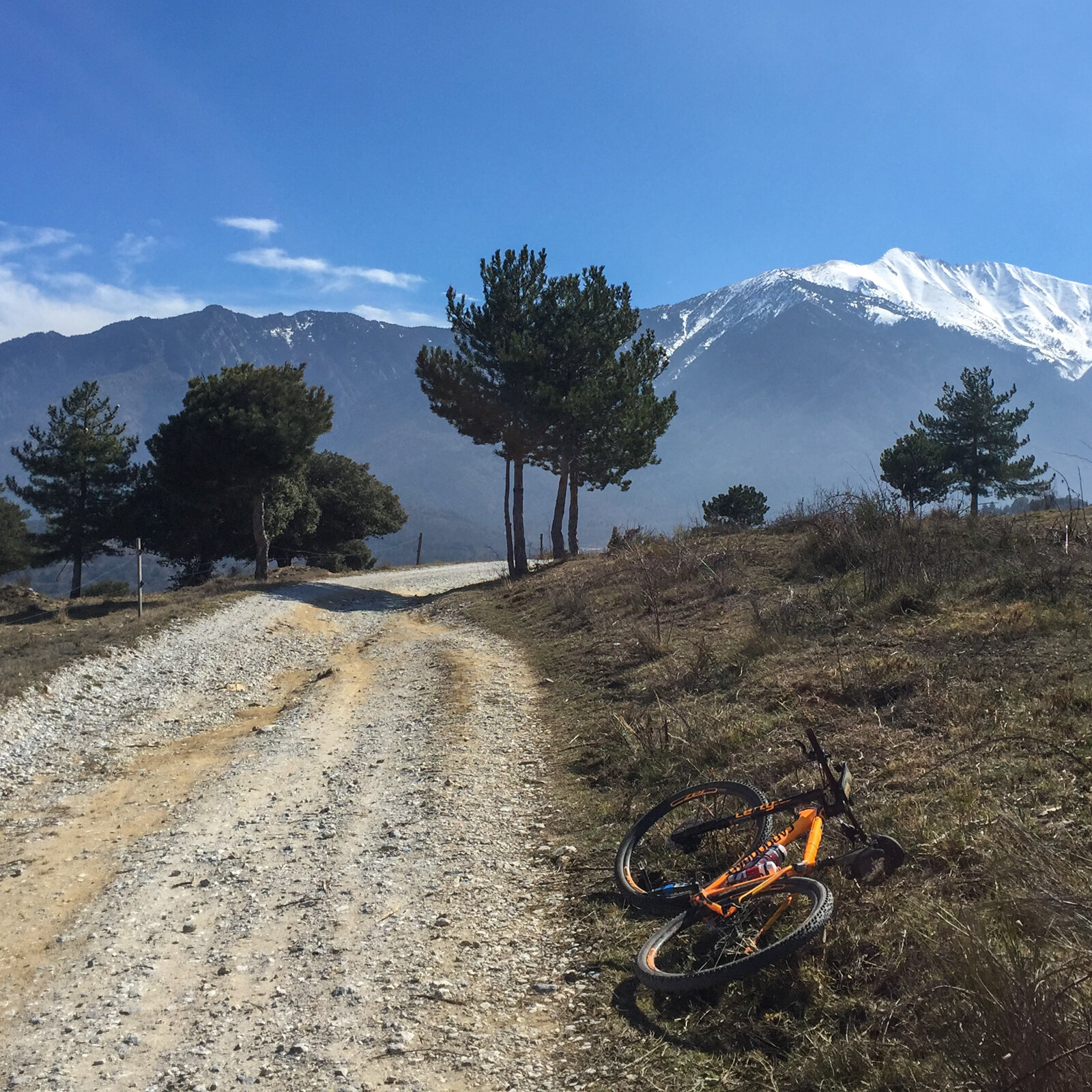 I was having a quick scan around the internet at the information available on training for endurance events and thought it would be useful to write an article on training for Mountain Bike Marathon Events. So how do you train for a mountain bike marathon event? The best way is to break your training down into specific areas to meet the demands of your event, here are 6 of the most important: 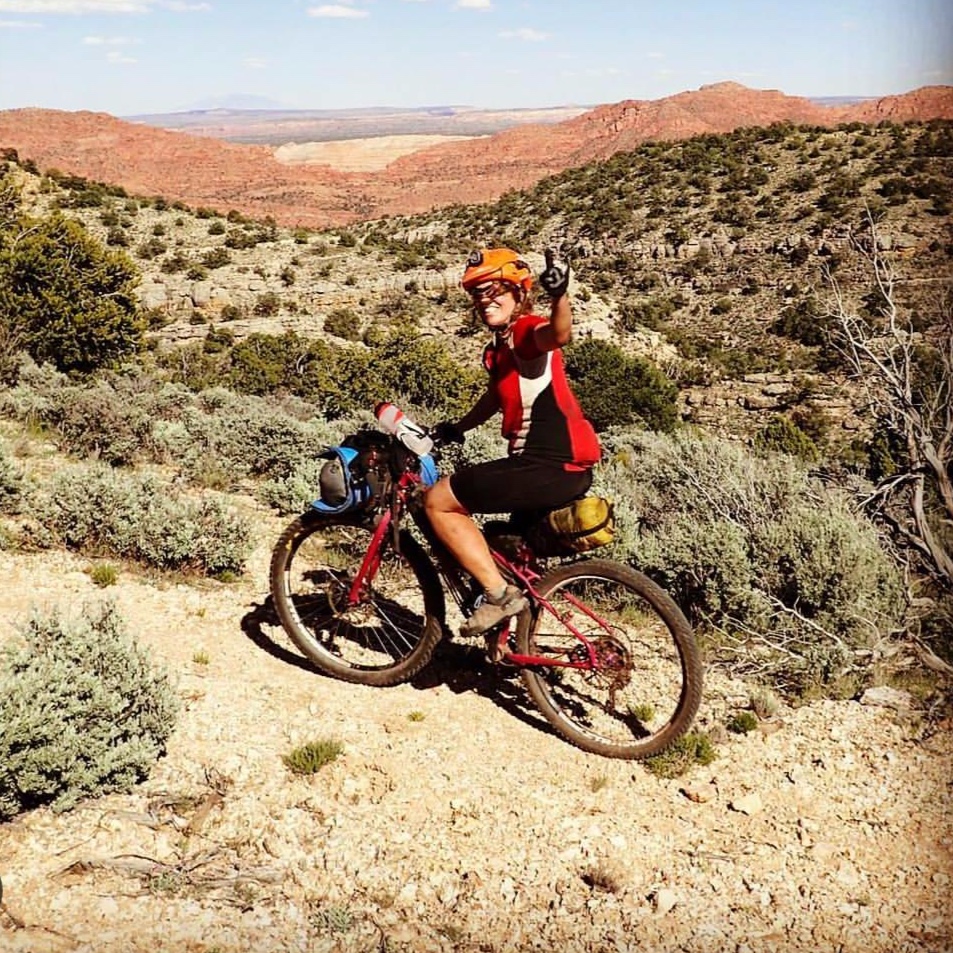 I was having a quick scan around the internet at the information available on training for endurance events and thought it would useful to write an article on training for an Ultra-Endurance Mountain Bike Event.

So how do you train for an ultra endurance mountain bike race? The best way is to break your training down into specific areas, here are 5 of the most important: 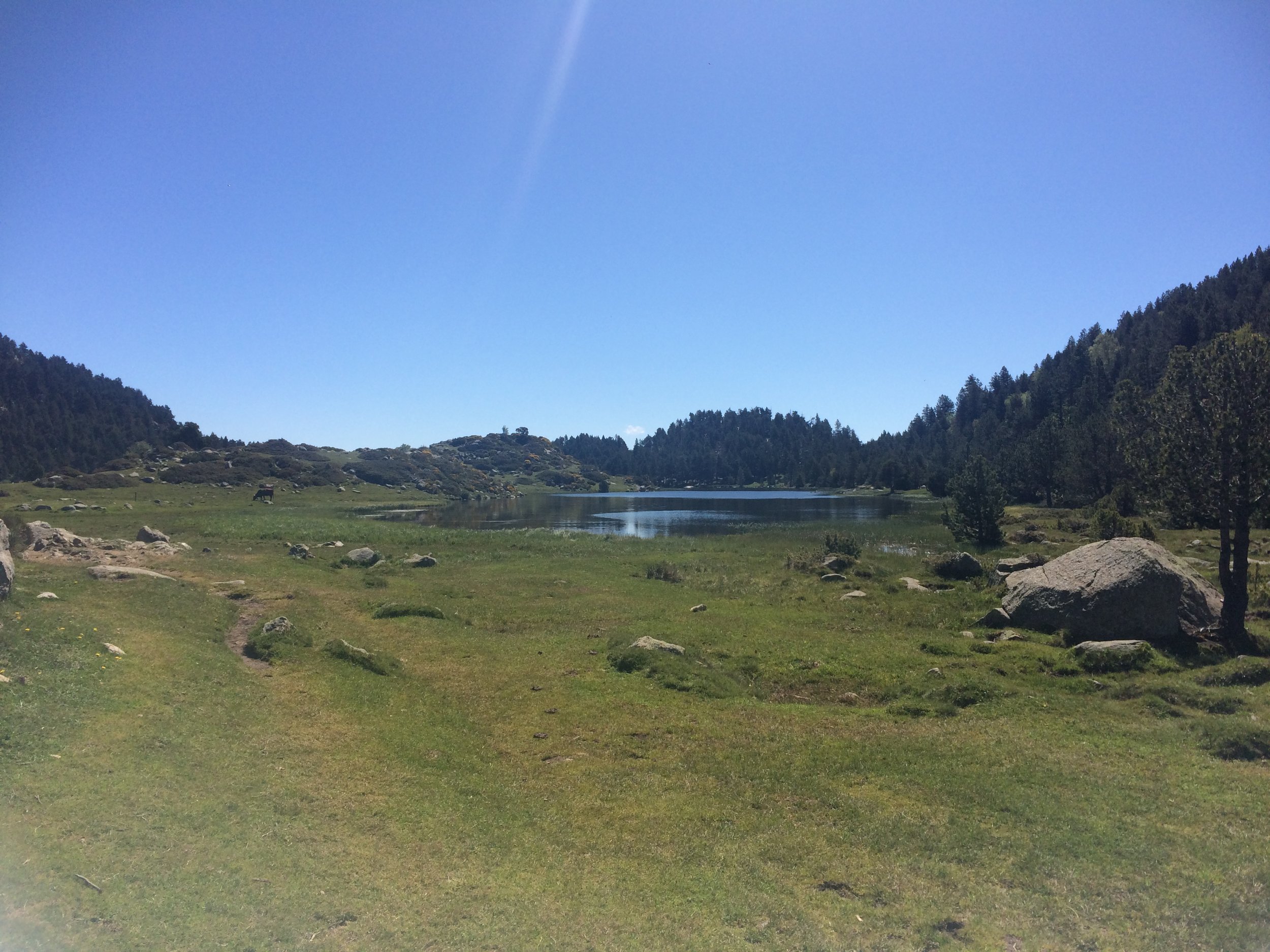 Font Romeu Nature Trail former Killian Classik is a great weekend of racing with a bit of something for everyone! 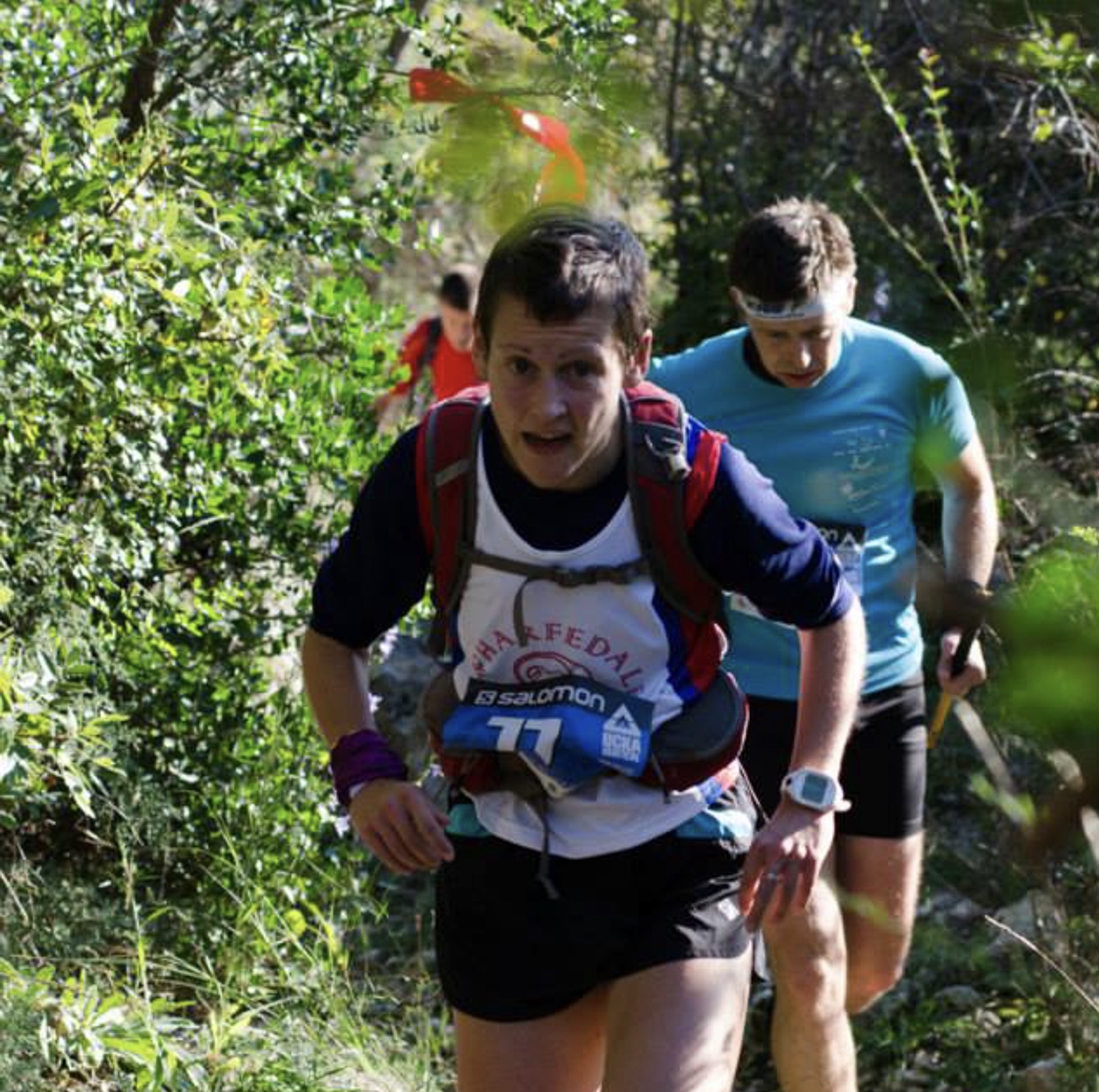 Chatting a to a running friend who had completed her first 3 Peaks Race in the UK, her own experience resonated so much with my own; she hadn’t got her food intake right and felt she could have run far better had she fuelled better. As general guidance most articles and books I have read advise 30g to 60g of carbohydrate per hour, or 100 to 300 calories per hour if you prefer. However, there are many variables that come in to play